Invisible Bearing takes a centuries old navigation technique for ships and lets visitors to the Fisheries Museum in Anstruther, a small fishing village in the East of Fife, Scotland interact with GPS data from ships out at sea. This conceptual exploration was built over a four day design sprint and allowed people to interact with the invisible location data of ships that can’t be seen with the naked eye on the Firth of Forth.

The Fisheries Museum preserves the traditions of Scotland’s fishing heritage, they have an amazing range of traditional ships and exhibits to demonstrate these old ways to visitors from far and wide. Advances in GPS technology have made it compulsory for ships to broadcast their location with a GPS beacon, this improves safety for ships at sea and has also made the skill of lining up to a harbours blinking navigation poles a sometimes forgotten way of doing things. 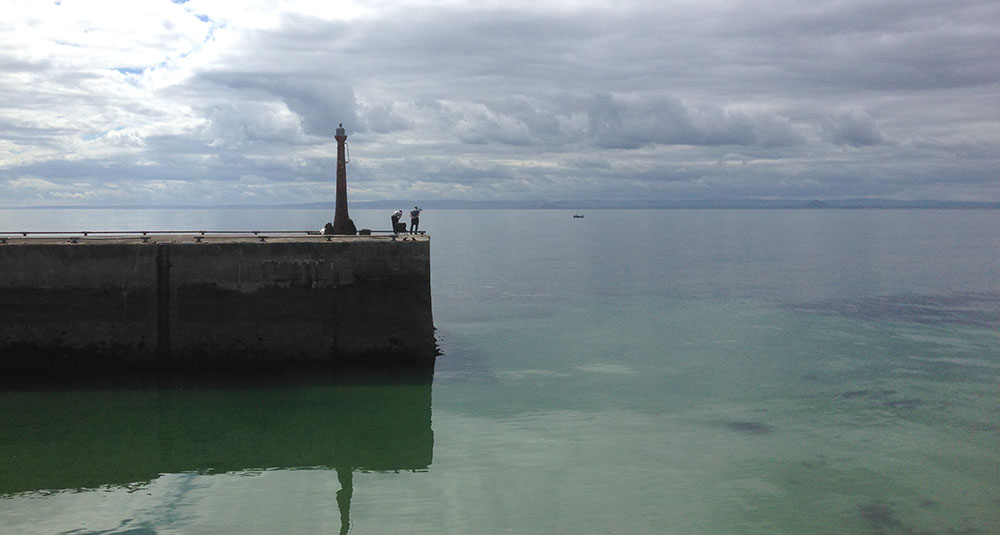 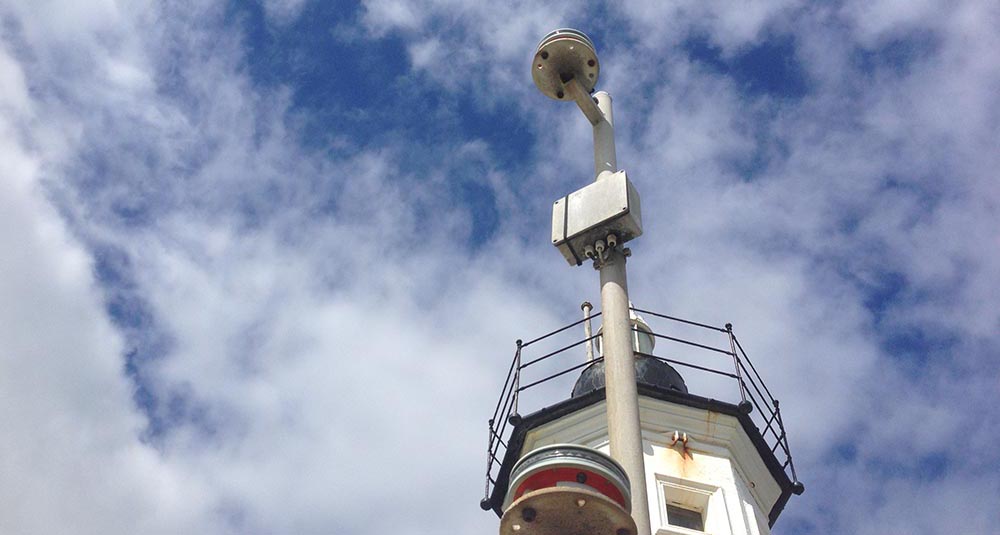 Invisible Bearing celebrates this old tradition and allows visitors to the museum to move around two poles to get the bearings of invisible vessels on the firth of forth. When they line up the harbour navigation poles with a ship at sea even if it can’t be seen, the poles blink to show they are close. When they are locked on, a small journal log of the vessel is printed on the thermal printer so they can take it away with them. The journal log will show the name of the ship, its position, size, bearing and destination, the print out then becomes a personal reminder of a trip to the Fisheries Museum. 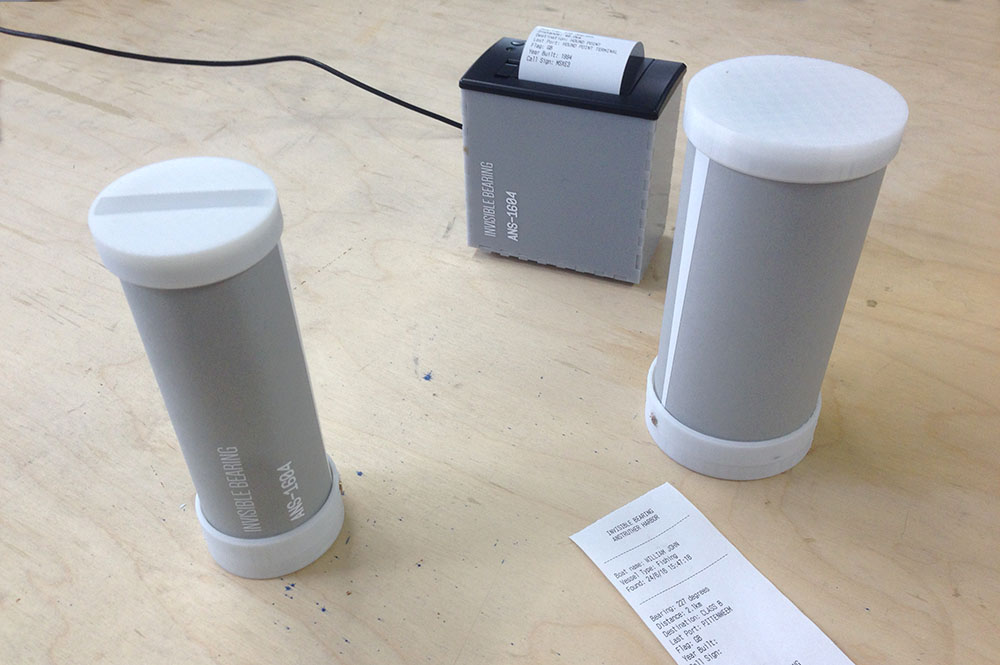 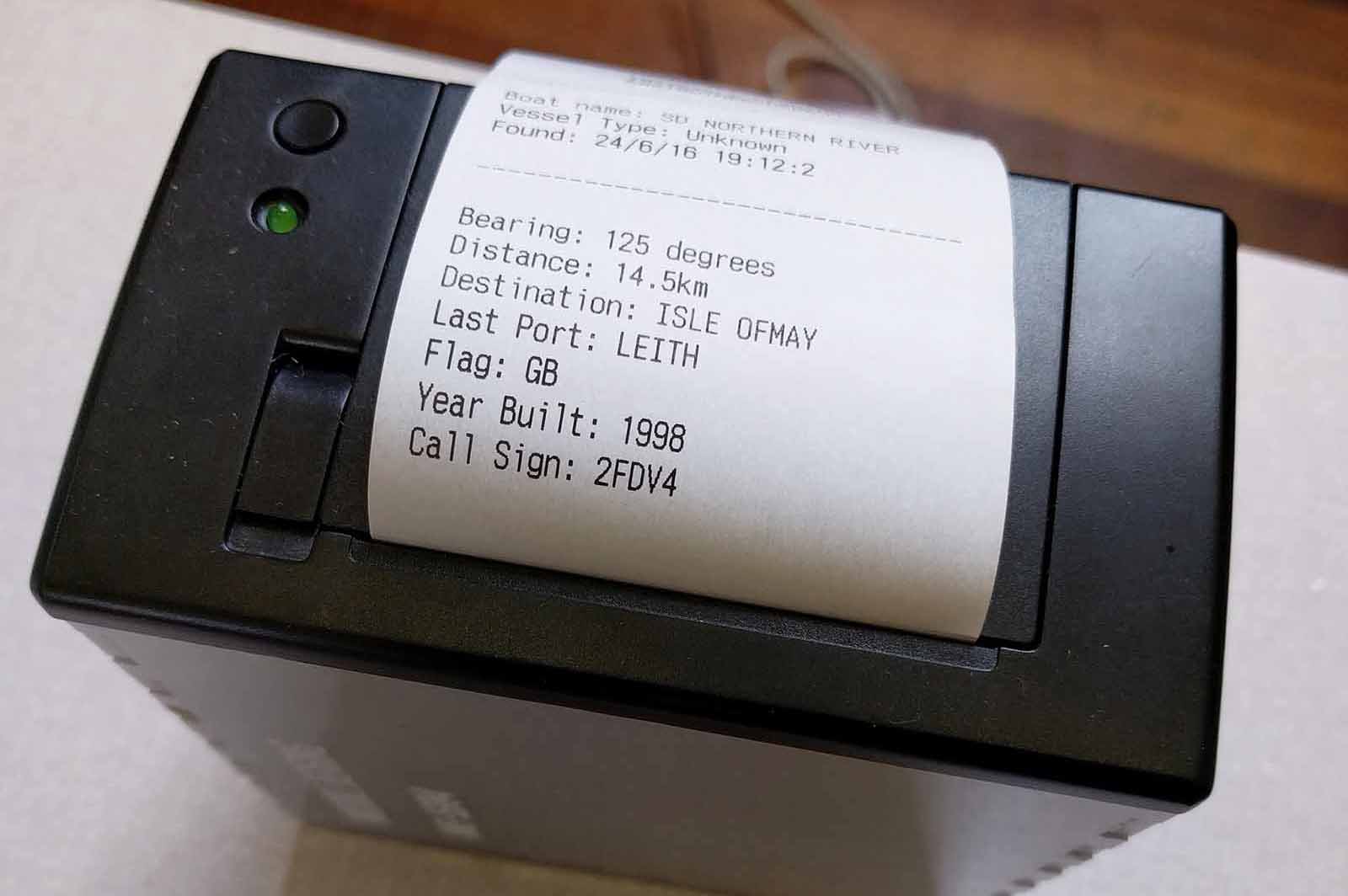 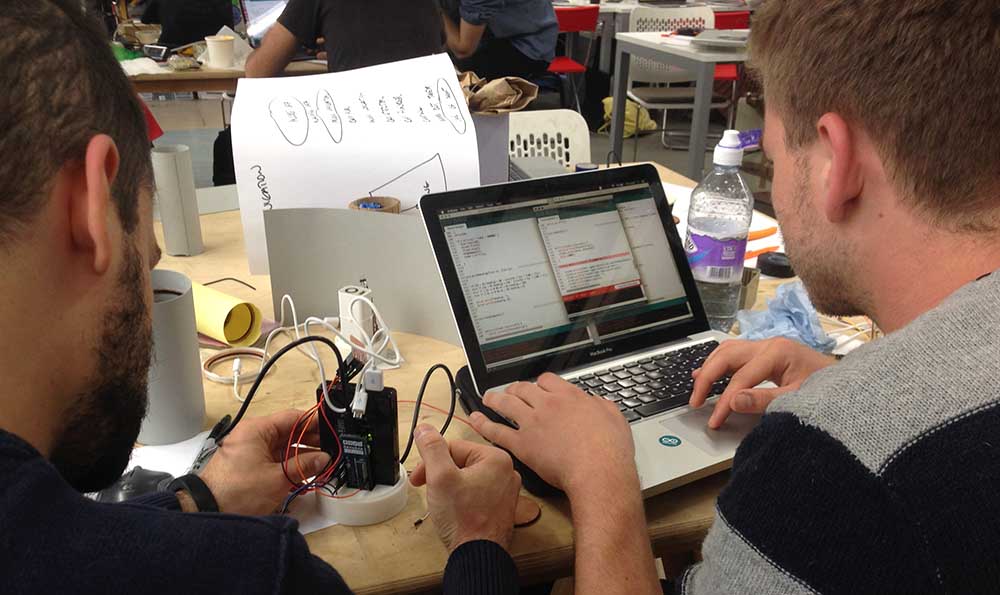 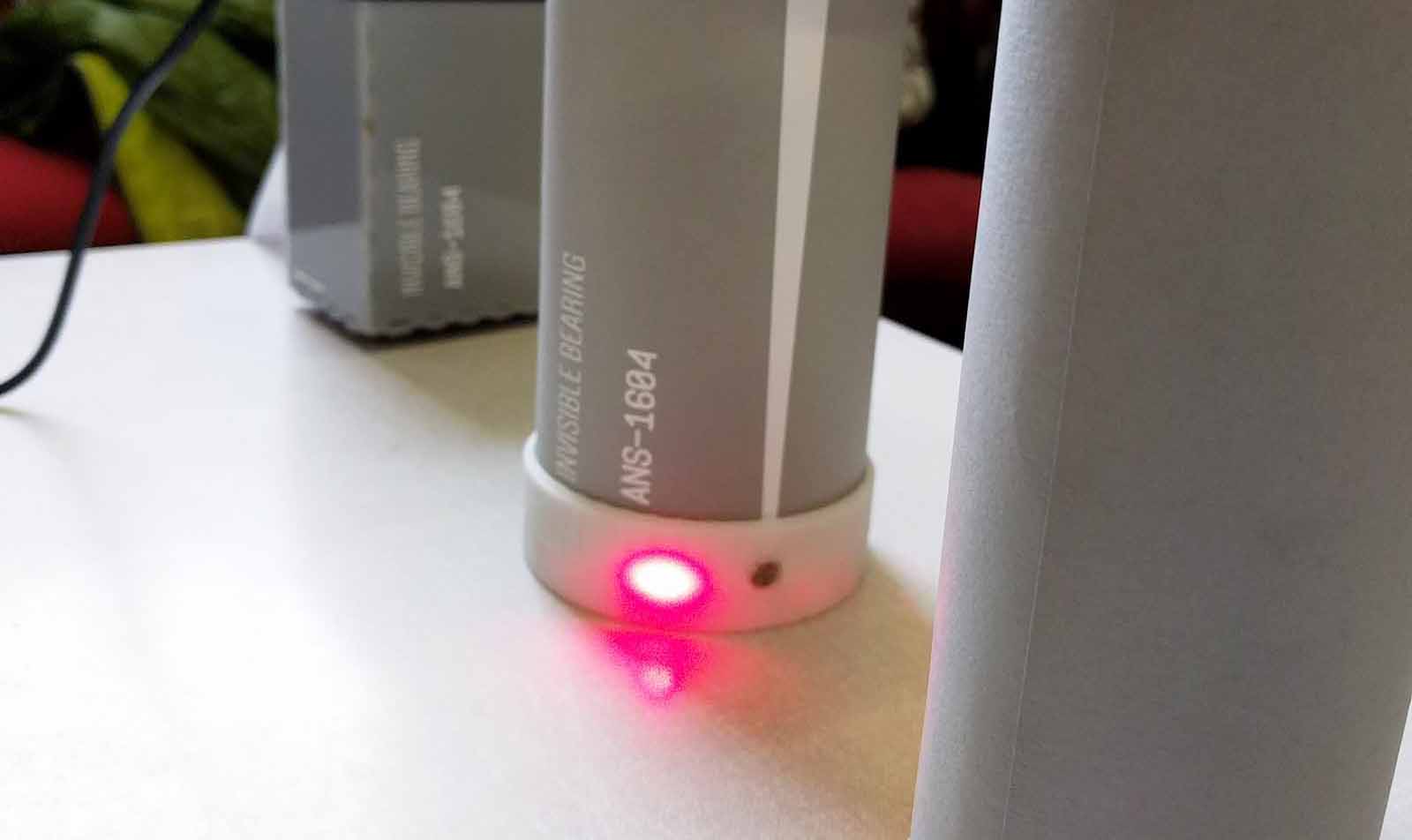 Built at the Mozilla Open IoT Studio Antruther Design Sprint in 2016. In collaboration with Ali Napier & Dean Taylor from University of Dundee, Stefano Paradiso & Tommaso Laterza from Arduino and Zandr Milewski from Electric Imp. Invisible bearing was a working proof of concept only and was not deployed in the museum. 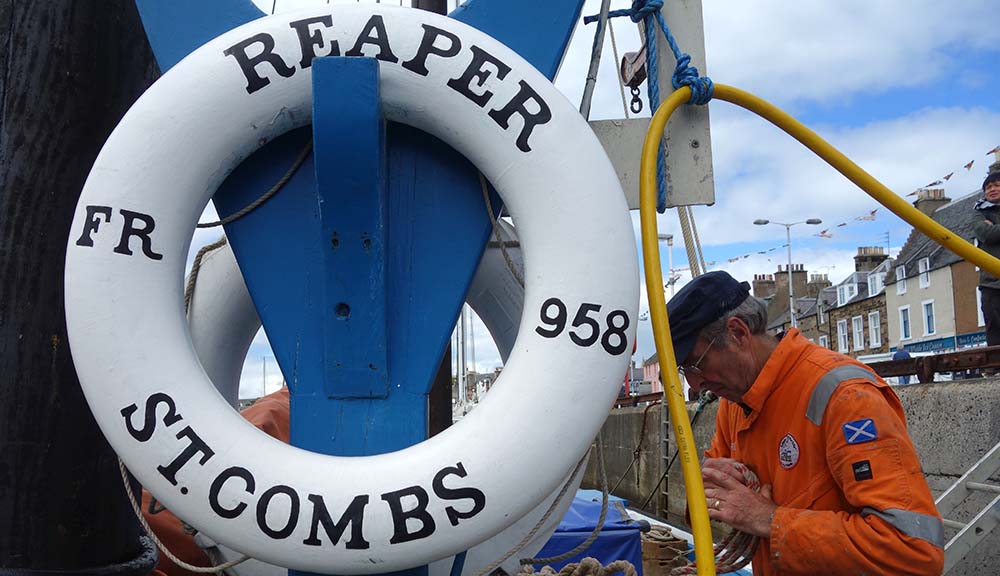