The design of a robust pre-production prototype to demonstrate an effective way of using paper electronics and conductive inks as a platform to engage younger readers and increase revenues for publishers. In collaboration with Trinity Mirror Group, Stuff Magazine and the Media Innovation Studio at the University of Central Lancashire. Featured in Design Week 2015. The aim of the project was to create a piece of hardware that the paper could dock into for connectivity, rather than integrating the conventional electronic components on to the printed substrate.

I worked collaboratively with researchers and creative technologists from the University of Central Lancashire. We began with concept design and created user experience storyboards for ten different types of published content, from cookbooks to maps. We then selected three publishing ideas to develop, and identified leading national publishers in the UK to provide content and act as a sounding board for the development. 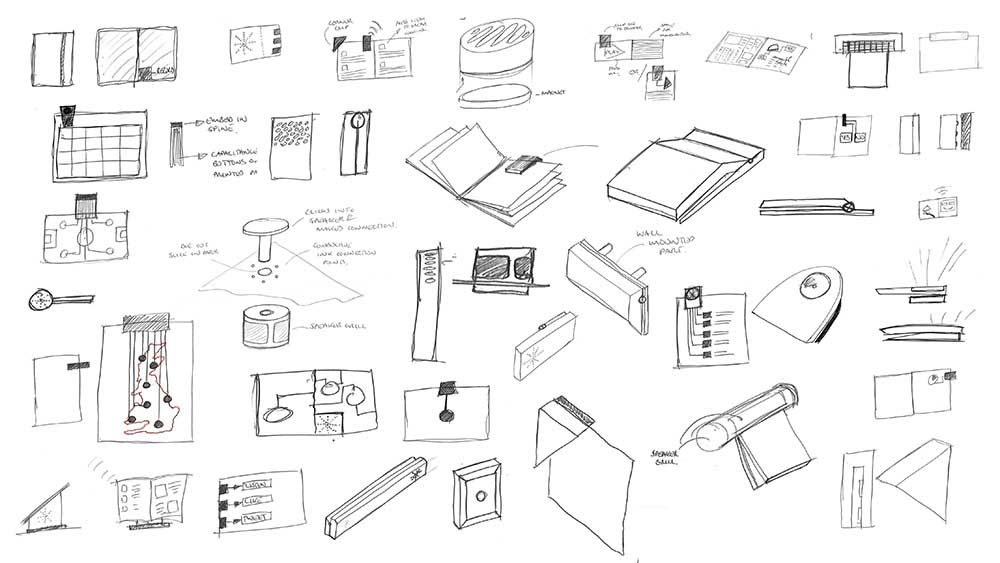 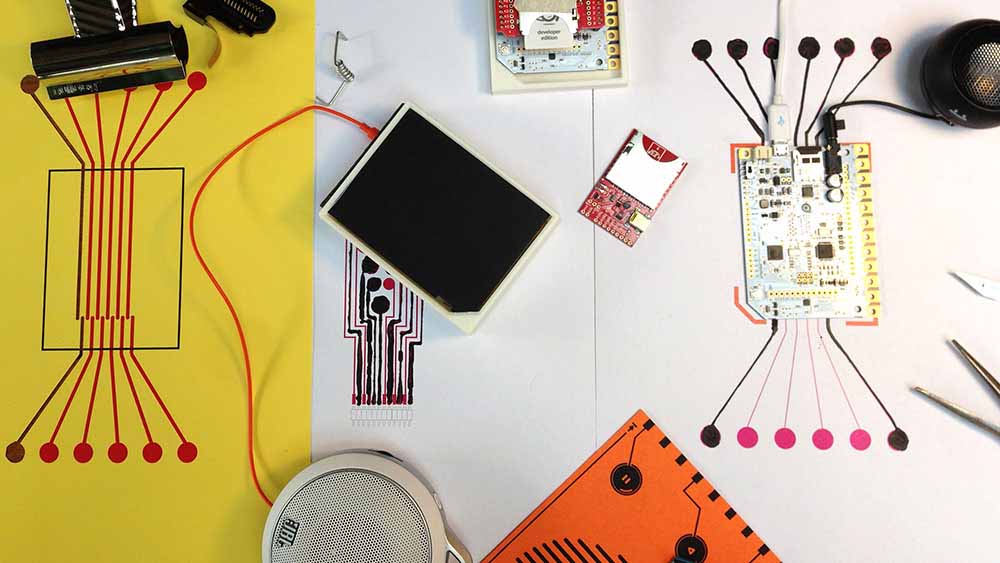 The first prototype was a paperweight that sat on top of printed media and used the weight of the object to make the connection with the ink. This was tested with a user group at the European Patent Office. Feedback suggested that the paperweight was too difficult to keep in place, and as soon as a button was pressed the alignment between the object and the print was lost.

The next prototype was based on a paper clip or bookmark and used pogo pins to connect to the print. A bottom layer on the clip created an interference fit on the edge of the paper in order to apply gentle pressure against the pogo pins where it docked with the conductive ink. Built using Electric Imp as a connectivity solution, I wrote code that interfaced with a MPR121 sensor to detect capacitance changes when buttons were pressed on the ink. The software then sent a JSON post to a server which played an audio track on any connected device. An addressable RGB LED acted as a simple user feedback mechanism to show when a button was pressed. 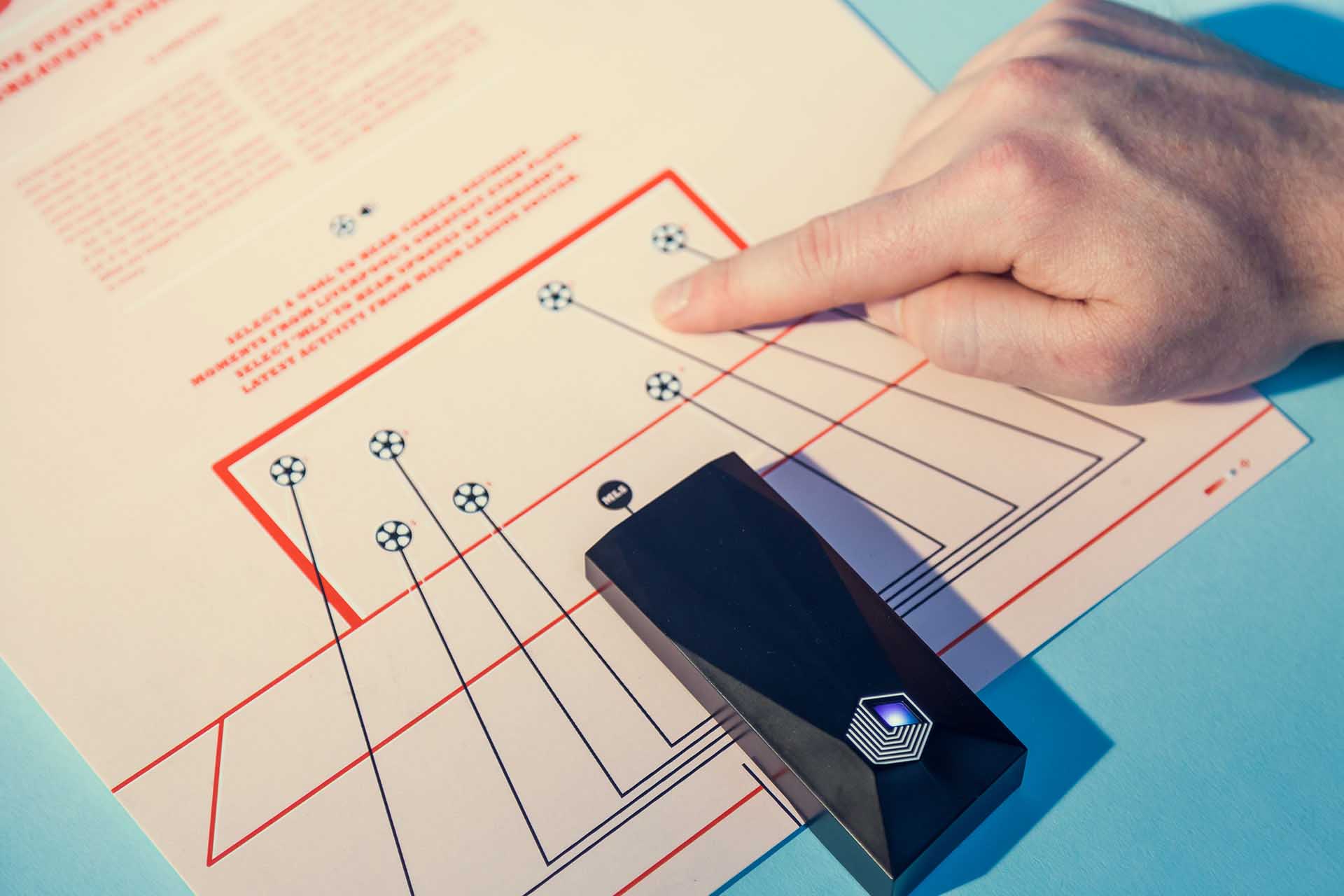 I produced six working prototype devices and managed the production of the casings and the printed media. I was responsible for concept design, development, 3D design, and the hardware and software design throughout the project. 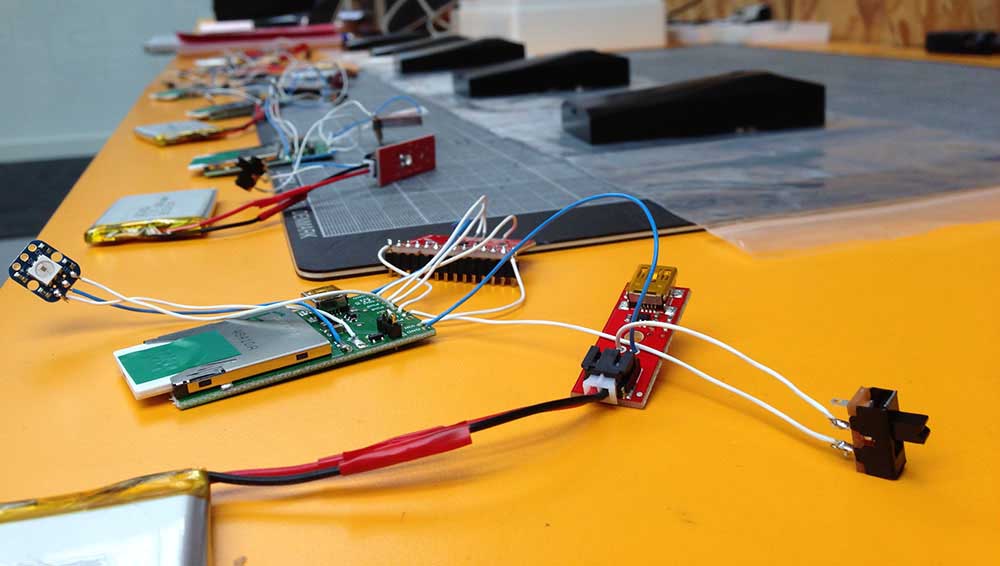 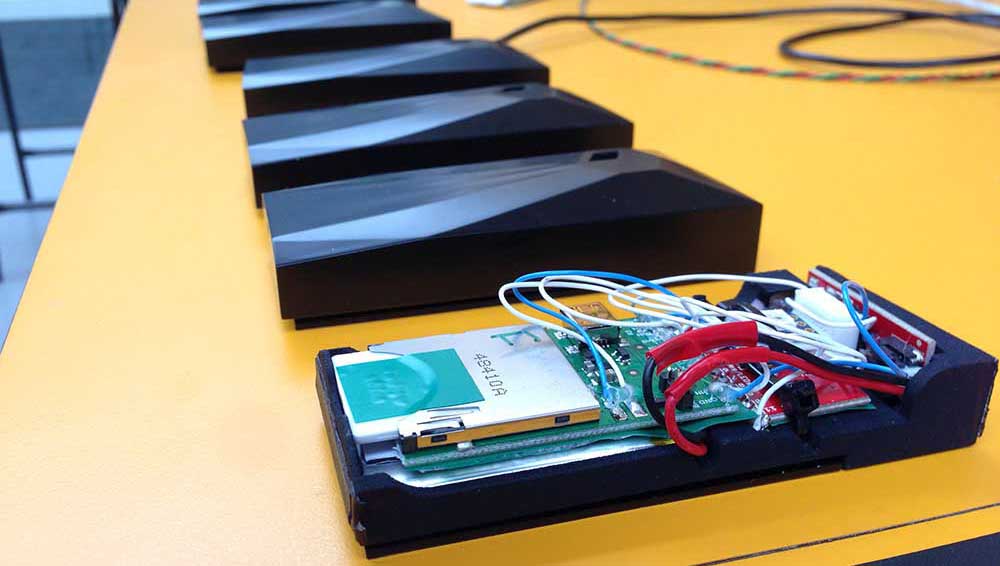 In collaboration with Trinity Mirror Group, now known as Reach PLC, Stuff Magazine and the Media Innovation Studio at the University of Central Lancashire. Featured in Design Week 2015.